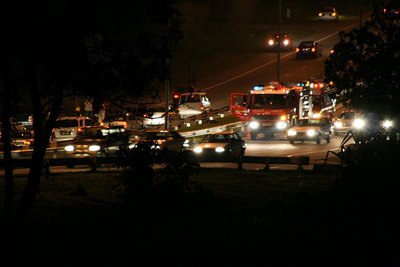 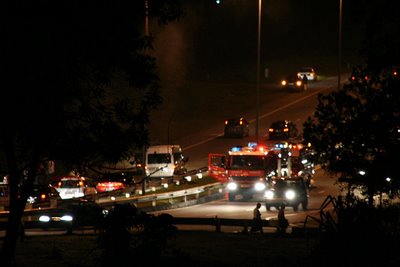 There was a huge jam along jalan gadong in the jangsak area last night. Apparently there was a spectacular burning car incident. Fortunately nothing happened to the driver who was able to get out in time.

The JAM (which happened around the time people were returning from the mosque after terawih prayers) was caused by the number of people who STOPPED at the road shoulder to witness the spectacle. Top entertainment for the crowd was watching how our fire and rescue boys doused the fire with their hoses.

The damaged car is not visible in these shots but the billowing smoke can be seen from the car, which is blocked by a tree which decided to grow right in the line of vision from my window...