Of lemons, endeavours, and... SPLAT? 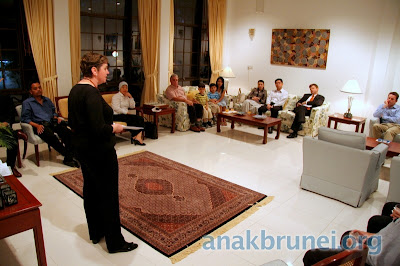 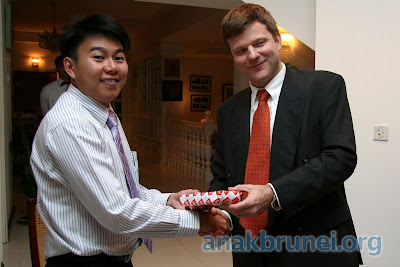 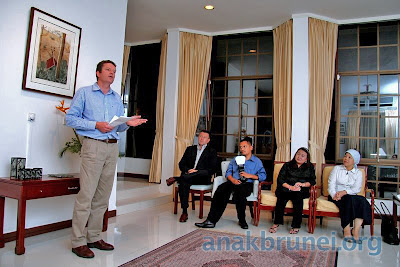 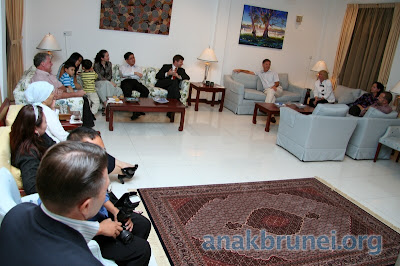 I attended a small gathering at the Australian High Commissioner's residence yesterday evening to welcome Tony Davis, a Sydney-based writer and editor who has worked in newspapers, magazines and publishing during a 25-year career, and to bid farewell to a young Bruneian, Ang Chui Boon, who is leaving today for a 4 month stint in Canberra under the Australian government's Endeavour programme.

The Endeavour Program is an internationally competitive, merit-based scholarship program that forms part of the Australian Government's $1.4 billion Australian Scholarships initiative. The Endeavour Program brings leading researchers, executives and students to Australia to undertake short or long term study, research and professional development in a broad range of disciplines and enables Australians to do the same abroad.

According to Dave, the scholarship applications are pretty straightforward, and he encouraged more Bruneians to apply for it. Applications are closed for this year, but if you're keen to apply, mark July 2008 in your calendars as thats when it opens again.

Tony gave us an amusing insight into his career as a fiction writer, from his failed maiden effort at writing a literary masterpiece as a nine year old, to his days at the Sydney Morning Herald writing for the Cars section, to the fascinating research he had to do for his latest book, Splat! The madness and magnificence of the world’s most dangerous sports.

Tony's gonna be in town for a few days, so I'm hoping to take him to Jing Chew for some teh tarik and roti kuning kawin before he leaves heheh!